It has been a long time since I have written a race report.  I finally participated in a multisport event.  This was my first multisport event since September 30th, 2012 (which also happened to be the WestSide Duathlon).

The weather was looking pretty suspect with high winds expected an overnight low of 40 degrees and highs for the days in the low 50’s.  With my wave going off at 7:30 AM, I prepared for the worst, with booties, lobster gloves, full finger gloves, jacket, wind shirt, wind vest, etc.  I was not a minimalist in transition and wanted a full host of clothing options.

I had a little nervous energy and only slept 5 hours the night before the race.  In the morning I started off with half a Clif bar and some coffee.  I took in some more fluids and a Honey Stinger before the race.  I got in line for the port-o-john and then took in the pre-race meeting.  Thankfully the bike course was limited to 1 loop for all participants.  Gusts up to 50 miles per hour were expected after 8:00 AM and they wanted to keep everyone safe.

Wind speeds were certainly in the high teens and low 20’s.  The gusts were in the mid 30’s.  Rain was expected as well, but fortunately did not arrive.  I had a plastic bag over my bike seat in transition.  It was nowhere to be seen when I reached T1.  Table of recorded wind speeds below: 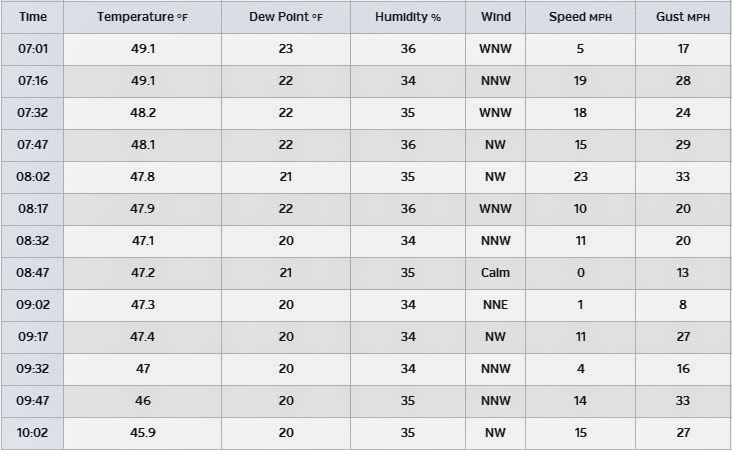 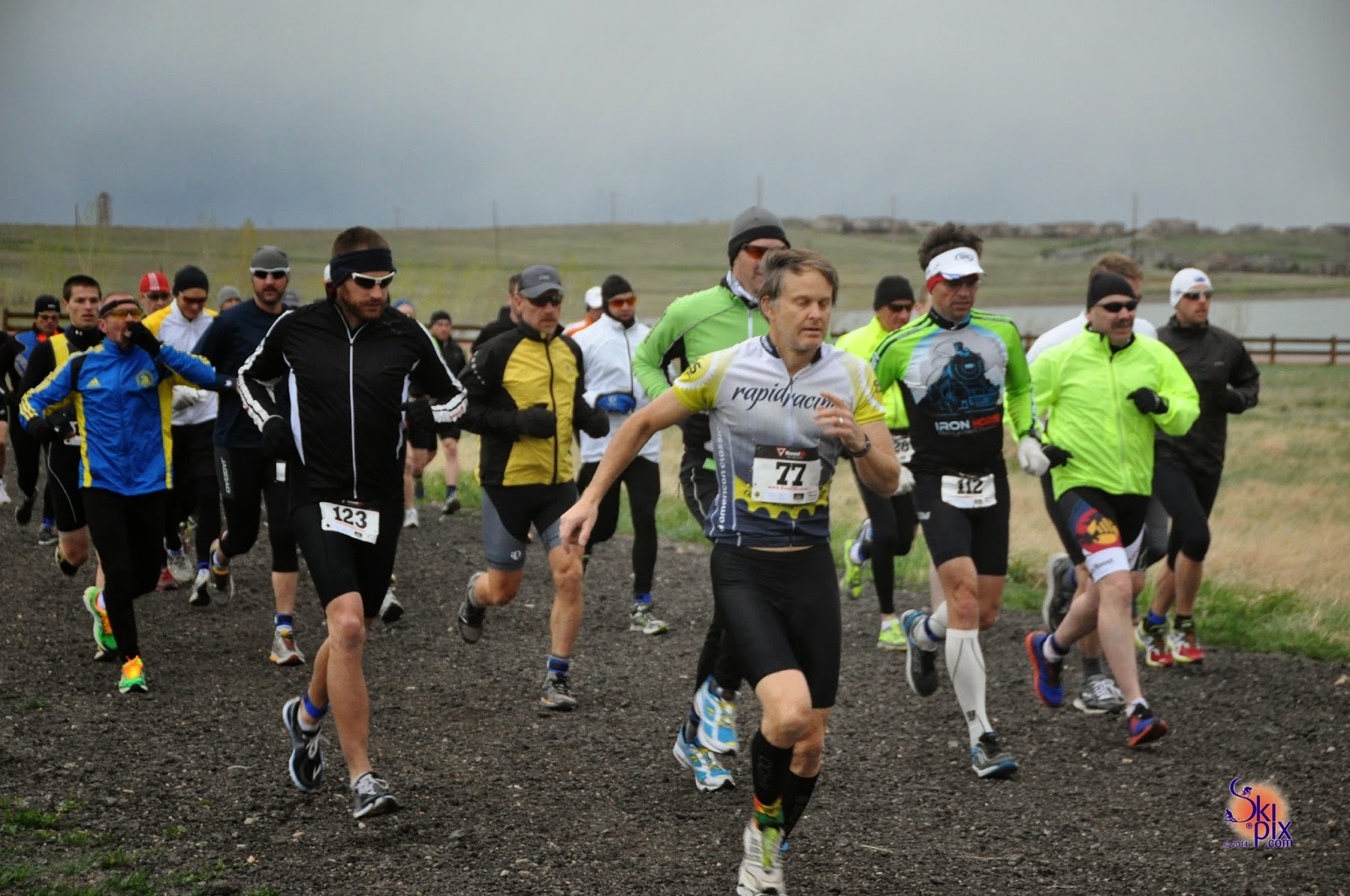 At the start line I was wearing tri shorts, tights, base layer, cycling jersey, arm warmers, soft jacket, wind shirt, lobster gloves and baklava.  I could have managed without the wind shirt, but was not hot by any means.  I was amazed to see competitors in only one piece tri suits with arm warmers.  The run started off at a really fast clip.  The 5K loop started off downhill, then flattened out before returning up hill.  I was cruising at a pace between 8:30 and 9:00 min/mile and was in the back of the pack.  The uphill into the wind was brutal.  I nearly started walking, but could not stomach the thought of walking during the first run.  I finished around 31 minutes, but hit the port-o-john before entering T1 to relieve a little over hydration.  Official Run 1 was 32:43.

T1 was slow.  I felt bulky.  Also, I forgot how tedious it is to unlace running shoes and cinch down cycling shoes.  I wanted to access my nutrition for the bike, but instead just took off.  Official Transition 1 was 1:44.

On the bike I felt comfortable, but my toes did get cold during the ride.  I might have to pick up some toe warmers.  They could remain on the bike shoes, unlike booties which take some effort to put on.  I passed a couple of people going up the hill on US93, but for the most part just held my own on the course.  I averaged 137 watts (7 watts higher than my best training loop at 37 minutes), but it took me over 43 minutes to finish the bike loop.  I was putting out the effort, but not going very fast.  Average HR during the bike was 153 bmp.  Official bike split was 43:04. 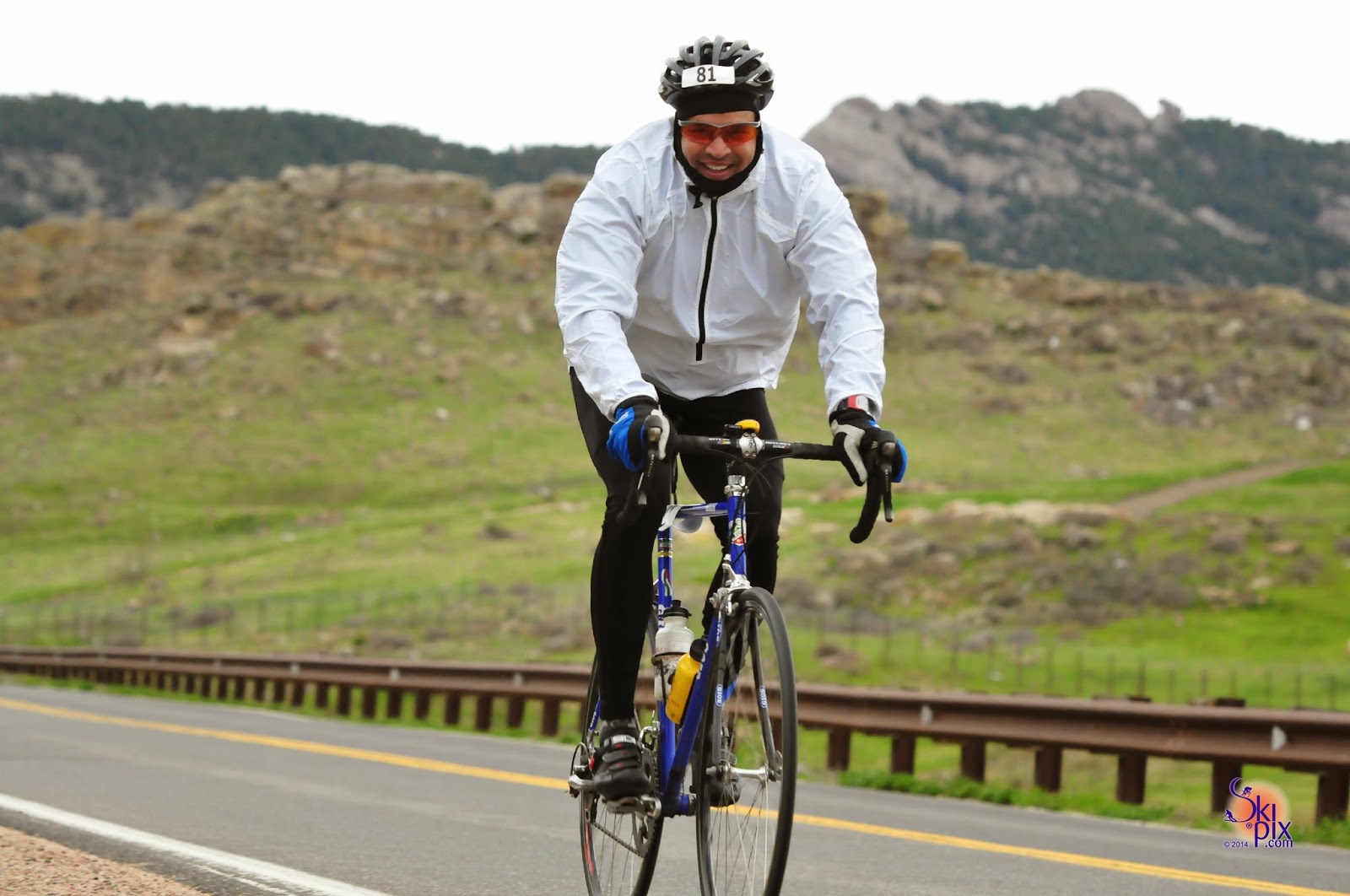 T2 was a little smoother, but actually took longer as I stripped off the wind shirt and accessed my Gu.  I was not prepared to start the run without a few extra calories.  Official Transition 2 was 1:59.
Starting the second run, my legs felt dead.  I was being passed by more and more folks from later waves.  I knew I would be walking from miles 2 to 3 so I tried to keep a steady clip on the first half of the run.  Official Run 2 was 35:27. 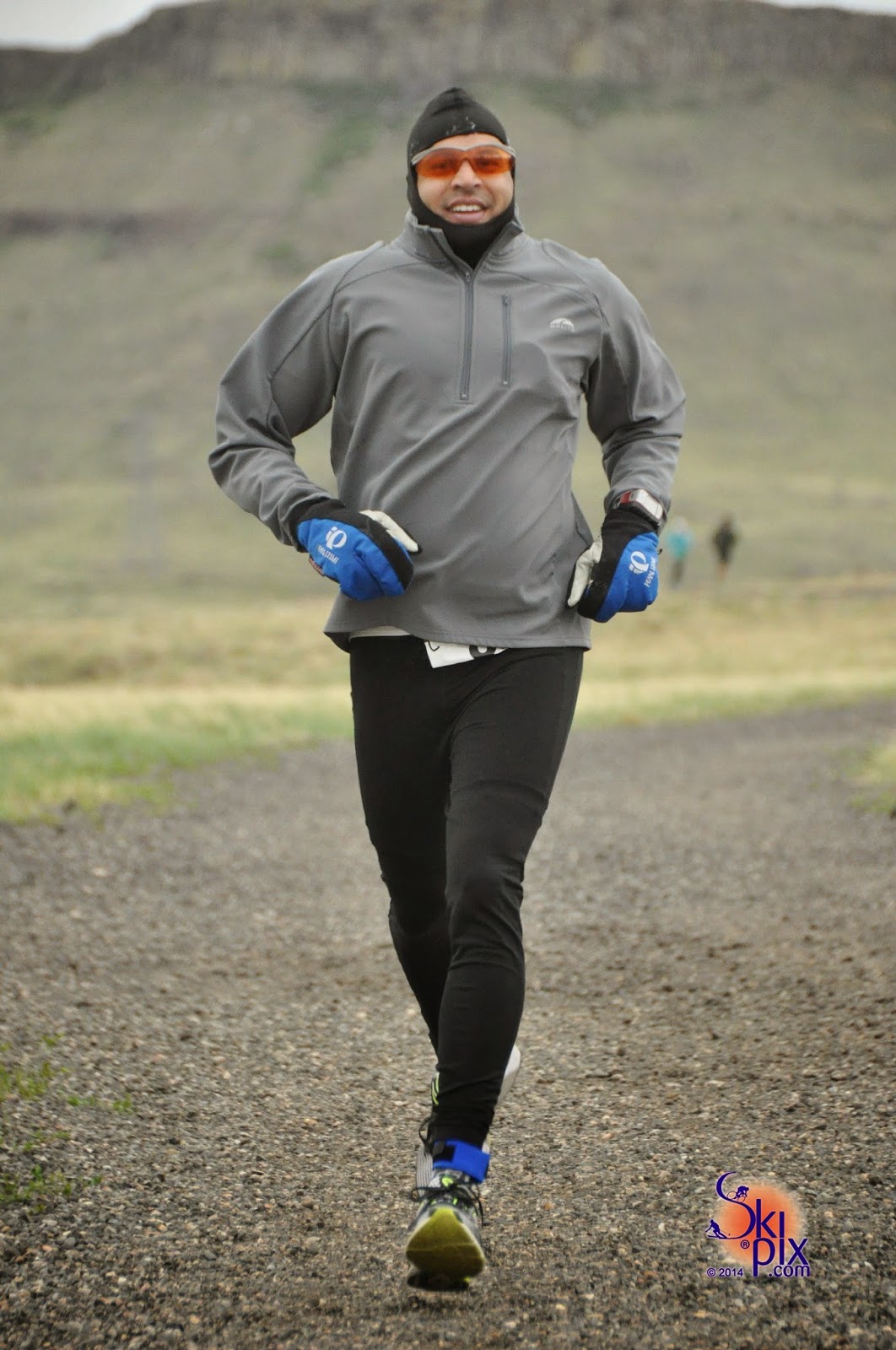 Comparing the year over year results, it is surprising how close I was to previous efforts which were in much better weather conditions.  Some of the splits were nearly identical.

All things considered, it was a great reintroduction to multisport racing.  I would have done a few things differently.   I ordered a bento box for the future.  I could not access the gels in the jersey pockets.  I will probably also have toe covers for the next cold weather bike leg.  I should have stretched more on Saturday and done some quick efforts to maintain some sharpness.

Below is the finish line video.  Note the baklava and lobster gloves.  The winners were in singlets!


Course map is attached below as well.


Create Maps or search from 80 million at MapMyRide
Posted by Steve Gupta at 11:23 AM
Labels: events, hobbies