This past week, I built up a Tamiya chassis that I plan on using as a foundation for my next series of projects with motion control/robotics.  It is a very basic kit and the price is certainly right at less than $20.  My daughters wanted to help, but it is a bit above their current skill set.  I did let my 7 year old seat some of the screws.

As the reviews said it probably went together in less than 2 hours (but it took me 3 nights, given numerous other responsibilities).  The directions were straightforward and it was a lot of fun to put it together.  Once assembled, my girls had fun building some courses for it to drive over.

My next step will be to replace the switch & battery box with the Arduino board and see if I can write some scripts to move it.  If successful, I will get started on remote control. 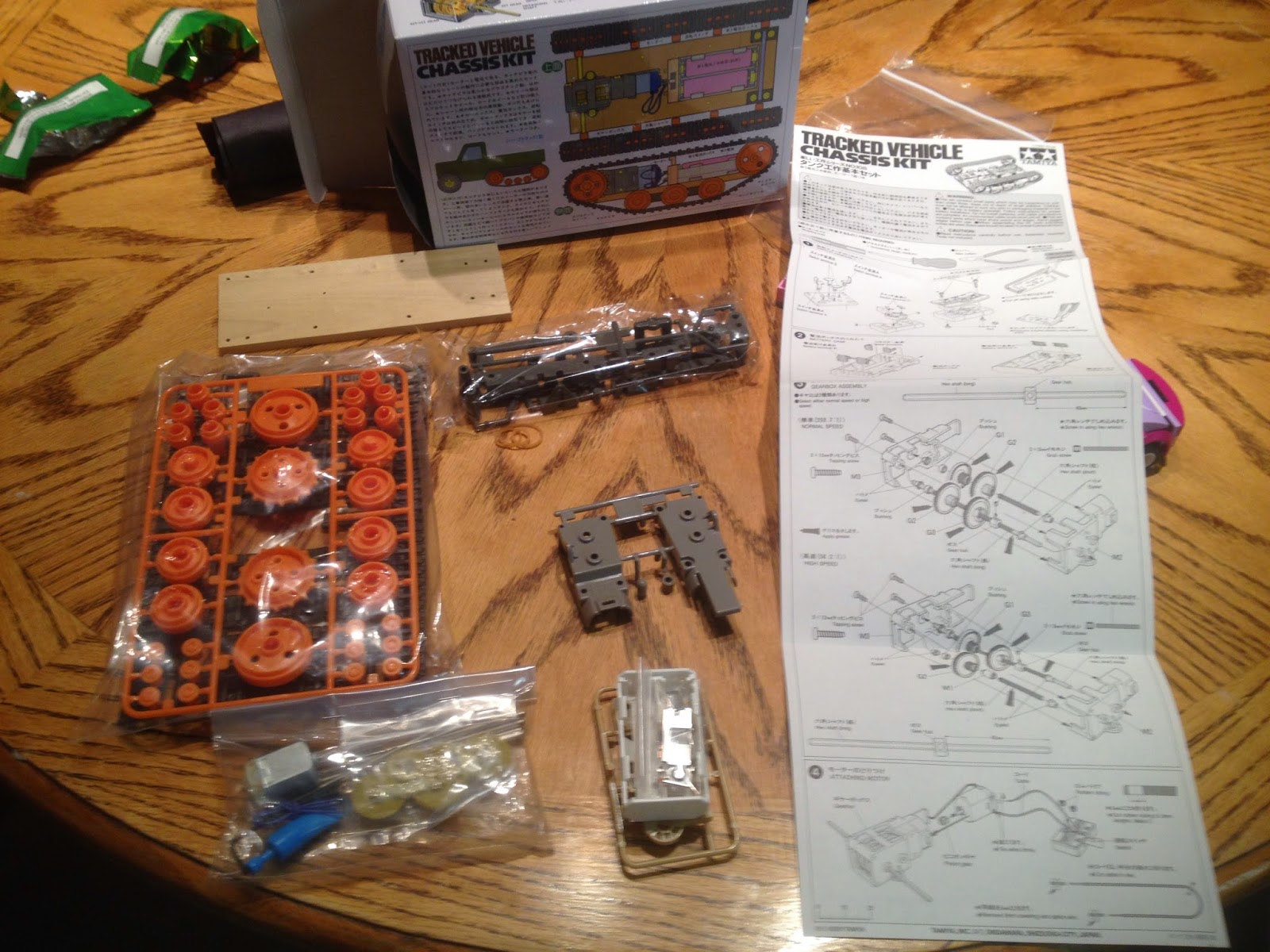 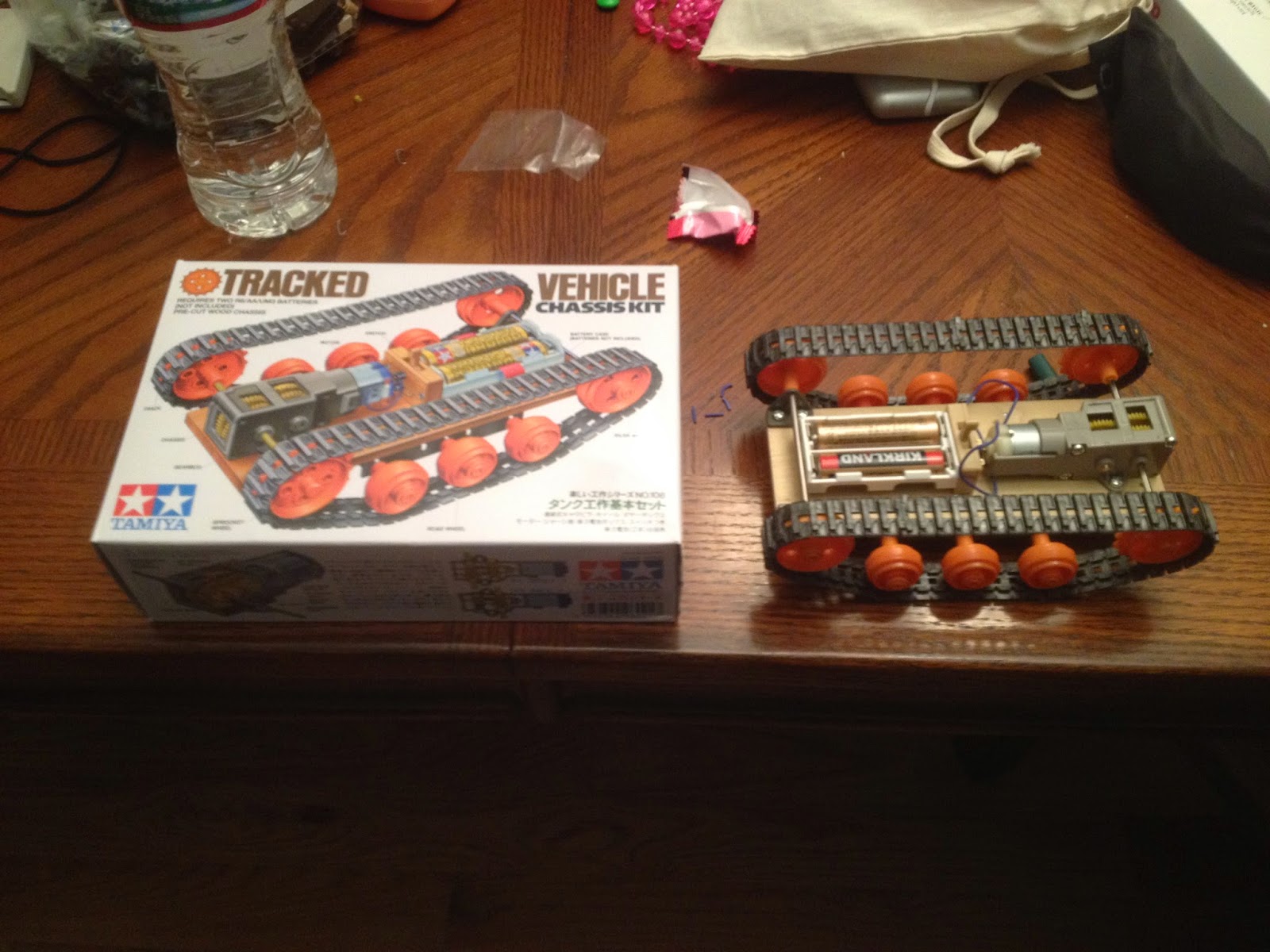 Posted by Steve Gupta at 10:20 AM
Labels: hobbies