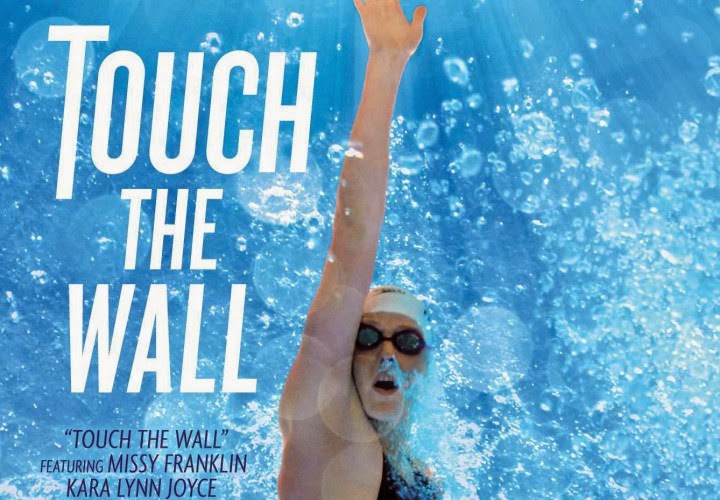 “Touch the Wall:  A story of competition and fierce friendship” is a terrific documentary by Grant Barbeito and Christo Brock.  It chronicles the lives of Missy Franklin and Kara Lynn Joyce during the run-up to the 2012 Olympic Games.

Although I have known how to swim since I was 9 years old, I did not get into swimming until I was 39 years old.  As a masters swimmer only beginning to understand competitive swimming, I really enjoyed the film.  I have read biographies by Dara Torres and Amanda Beard.  I also enjoyed Gold in the Water, by Mullen regarding the run-up to the 2000 Olympic Games.  I thought the reality series on Ed Moses during his comeback was done well also.

Touch the Wall is equally inspiring, following the life of Kara Lynn, a 26 year old swimmer battling for a spot on her 3rd Olympic team.  Post grad swimming is a tough world and earning a $30,000 stipend from USA Swimming is no easy task.  There are also limited training venues.  SwimMAC is featured in the film.  Her deciding to train with Missy and the Colorado Stars is a real test of her character to find the best coach and teammates to help her on her goal.

I had known of Missy Franklin since the Olympic Trials.  Being a local Colorado girl, I followed her through the trials and into the 2012 games.  I admire her dedication to amateur athletics.  She seems like a genuinely nice person, who works hard, has natural talent, and loves swimming.  That is a rare combination and I hope it serves her through a few more Olympic games.

I really enjoyed the film and even got emotional at times.  While pushing snooze this morning, I thought of those two in the pool by 5:00 AM and decided to get my lazy ass out of bed.  1200 yards is better than nothing.
Posted by Steve Gupta at 8:41 AM
Labels: hobbies, movies