This past weekend, my daughter and I had the opportunity to make a quick trip to the Denver Art Museum.  The museum is expansive with lot of great activities for kids.  Unfortunately that means that dropping by for 90 minutes is barely enough time to check out one exhibit.  We also had to save time for the gift shop.

After reading Greenbaum’s “Icons of the West” my only goal was to check out the Frederic Remington Sculptures.  These are housed in the Petrie Institute of Western American Art on the 7th floor of the South building. 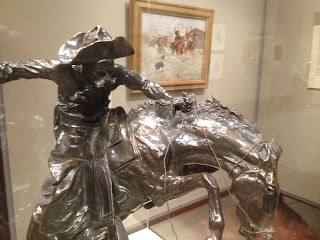 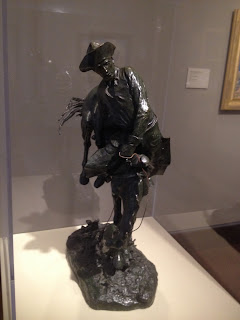 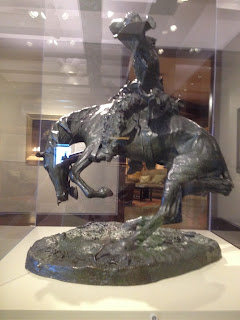 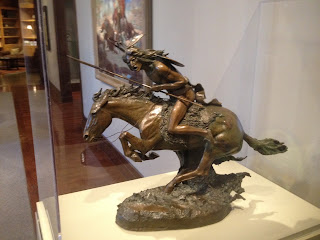 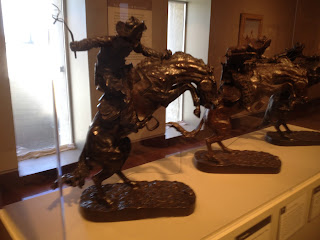 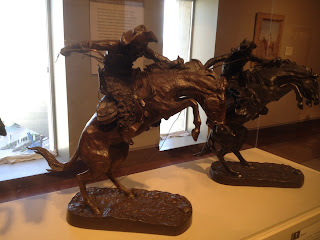 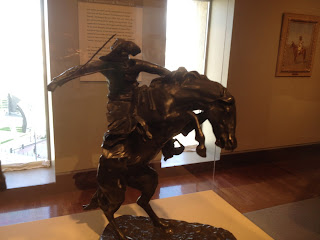 The Broncho Buster, Recast, Lent by the Bob and Betsy Magness Collection

All of the works were really enjoyable to view.  Even The Broncho Buster recast was an impressive sculpture although some of Remington’s intent was certainly lost.

We also quickly perused the European & American collection (featuring a weaving craft), the Asian collection (which had some great India art), and the American Indian collection.
Posted by Steve Gupta at 1:14 PM
Labels: hobbies, random