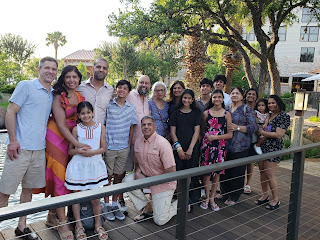 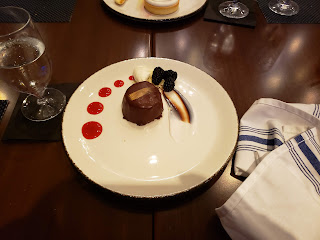 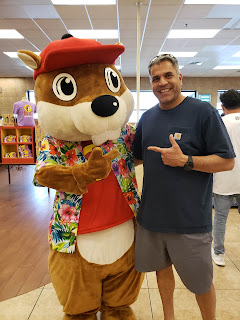 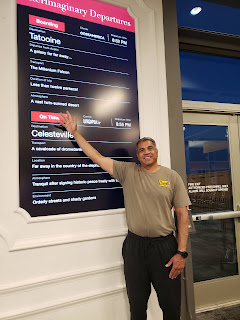 Saturday afternoon we flew out to Houston without incident, grabbed a rental car and headed to Sugarland to spend some time with family.  We had a nice South Indian lunch, met 10 month old Shire and had some Bahama Bucks.
Sunday afternoon we packed up and headed to Horseshoe Bay Resort.  The 3.5 hour drive was easier than expected and we had to stop at Buc-ee's Country Store on route.  We did not indulge in the bar-b-q or other offerings, but we did grab some fresh cut potato chips.  The resort was really nice.  We started off in the pool, then checked into our room around 4 pm and then had dinner at the bar and grill around 7 pm.  That night we played poker.
Monday started off with tennis.  They had tennis (clay courts and hardcourt) and pickleball.  We stayed on hardcourt.  We cooled off at the pool and that afternoon we took in the mini-golf course which was putt-putt on actual grass with interesting and challenging holes.  It was a real effort in speed control.  That night was dinner at Jay's.  With 17 of us, we were given a private dining area.  That night we played Codenames.
Tuesday again started off with tennis.  This was a low key day and we got on the road around noon.  The Stark center was closed for remodeling so we ended up just hanging out at my sister's place watching the French Open.
Austin airport was pretty much wound down for our 10 pm flight, but they did have a neat Interimaginary exhibition with a variety of destinations from film franchises and pop culture.  It was a late night, but we did arrive home safely.
The event was organized for Rohan's high school graduation, but we were also able to celebrate our 17th wedding anniversary.
Posted by Steve Gupta at 10:21 AM
Labels: family, travel