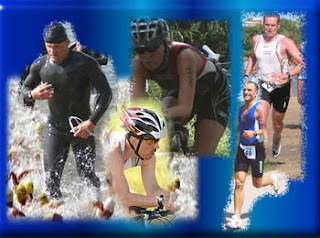 I made my first lunch time return to the gym in nearly 4 months. It was fairly uneventful consisting of 25 minutes on the treadmill and 20 minutes of weights. It was nice to see that the gang was all there and nobody seemed to miss a beat. The conversations were a general how are things going and how were the holidays.

I did mention my intent to compete in some sprint distance triathlons next year. These are relatively tame events consisting of 750 meter swim, 20 km bike and 5 km run. A winning time would be just over an hour, but the back of the pack will complete the event in a little over two hours. I would consider this my current threshold for endurance events. I could work back up to four hours, but that would require significant sacrifice.

Last year I had a plan to compete in the Bolder Boulder 10K, Boulder Stroke & Stride, Rattlesnake Tri, and the Boulder Backroads Half Marathon. Those plans promptly fell flat after being sidelined with an ankle injury in July. Fortunately my commitment phobia saved me some money in entry fees.

For 2009 I am dialing it back and would like to compete in the Boulder Stroke & Stride and possibly the 5430 Sprint Triathlon. The logistics for the triathlon are a bit more complicated, but not overwhelmingly so. A sprint event doesn’t require any nutritional planning or even tapering. An Olympic distance event would start to require some real solid training. Given my current fitness a 70.3 event is unreasonable for 2009.
Posted by Steve Gupta at 3:15 PM
Labels: training