I didn’t actually go into the museum, but I ticked another run off of the list of 10 Runs Every American Must Do.

I started the run from Independence Hall in downtown Philadelphia and ran past several historic attractions that I vaguely remember from my parent’s photos.  The run itself was uneventful, but it was awesome to see the steps, run up and then have a nice triumphant jump at the top.

The fellow I had take the picture does not do the run justice, but it was pretty cool. 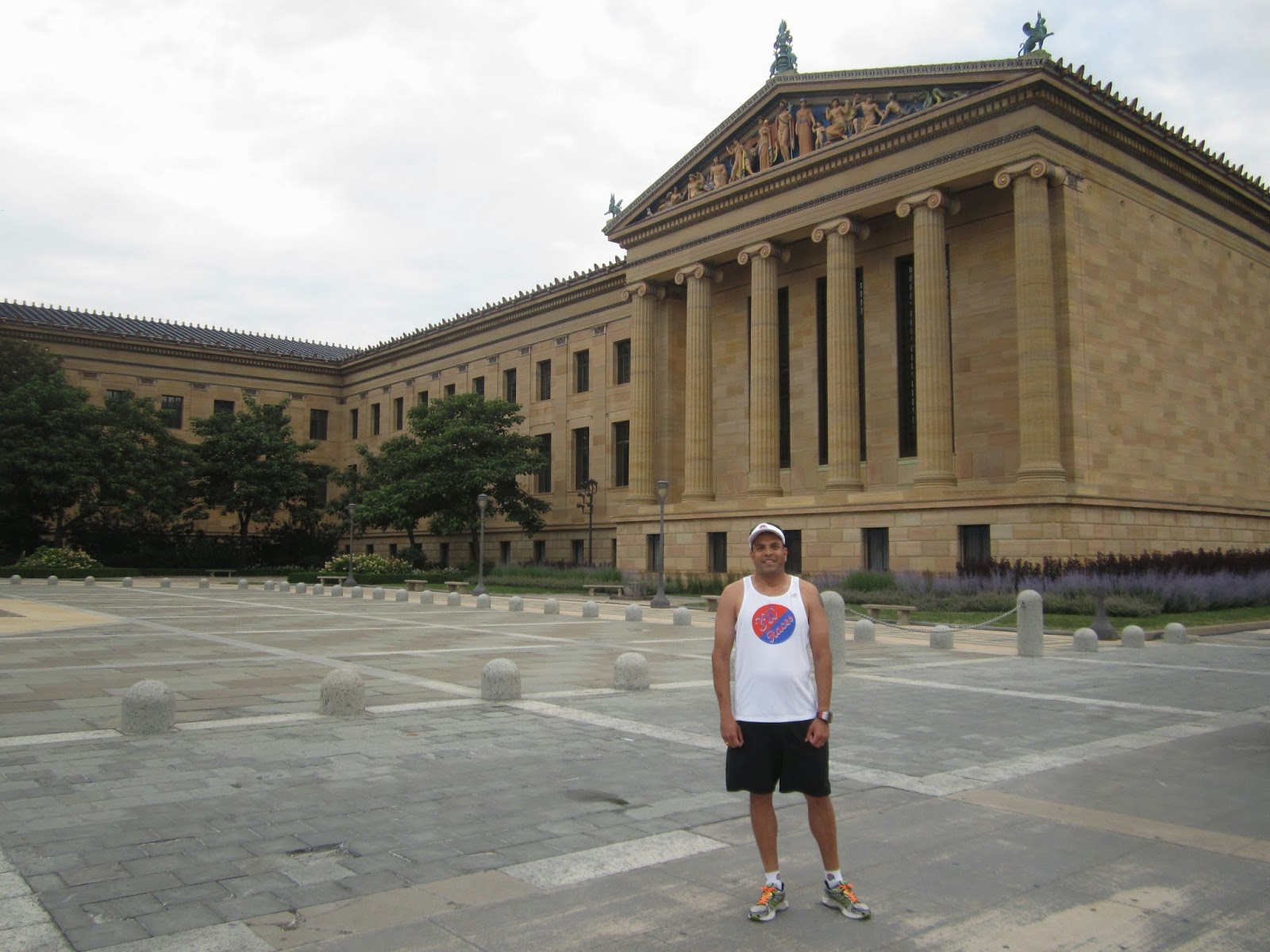 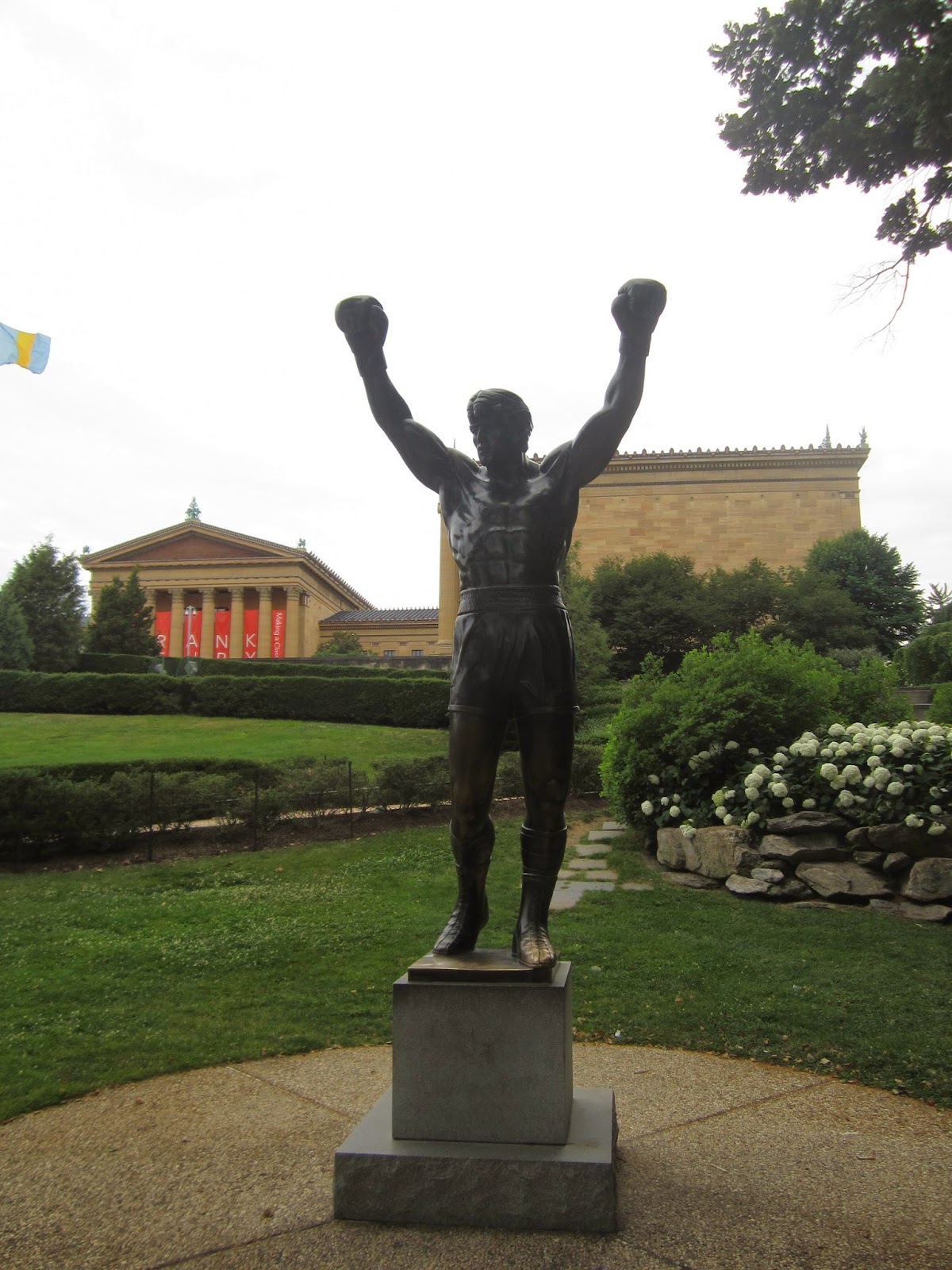 Awesome Steve! I never thought of doing the Rocky run. What a great idea!